Infinity Wars Reborn is a Free to Play Collectible Card Game, CCG for short, from developers’ Lightmare Studios; a sort of re-launch of their popular CCG by the same name.  I spent some time trying to decide what angle or perspective I wanted to approach this review with, as having only lightly dabbled in the CCG genre, I found it very difficult to approach this game with an unbiased opinion, with my last and only experience being Hearthstone.

The game consists of eight factions, which play a much more crucial role as opposed to just simple aesthetics; each faction has its own cards, characters, and special skill-sets.  The play area is is fully 3 rendered and animated as opposed to static backdrops, and is split into two areas; a support zone, and an attack/defense area. A big change from games like Hearthstone, is immediately obvious on the first turn.  Rather than the norm where each player takes their shot then waits for the next player, once both players have finalised their moves, both players simultaneously take their turns. 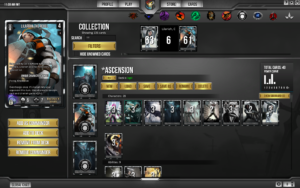 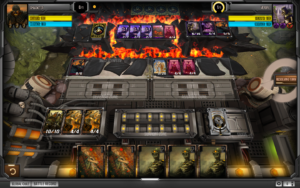 Unfortunately, being new to the game, and somewhat new to the whole genre, I didnt knoow where to start in regards to constructing my own deck; luckily however, there is a “Fixed Deck” option that puts everyone on an even playing field.  This mode greatly eased the anxiety of getting into the game, allowing a beginner the opportunity to shield themselves from the more complex configuration options suited to the seasoned player base.  This is what the game does best; provide a comprehensive and in depth experience for CCG afficionados, as well as gentle handholding for all newcomers, allowing everyone to enjoy the game at their own pace. 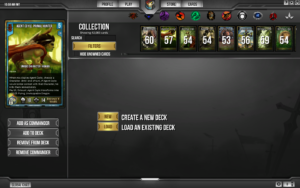 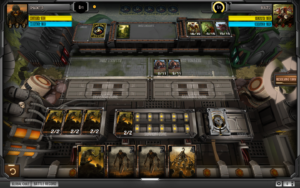 Whilst not my personal choice of genre, I can definitely see the appeal; I did thoroughly enjoy the game, and could see myself returning for a casual game here and there, but not something I could commit myself to understanding how the three Commander and Purity systems work!

Platform we played on: PC/Steam