Faster than a GTX980, come July 19th, you will be able to get your hands on Nvidia’s mid-tier GPU offering for its 10 series GPU lineup, the GTX1060. 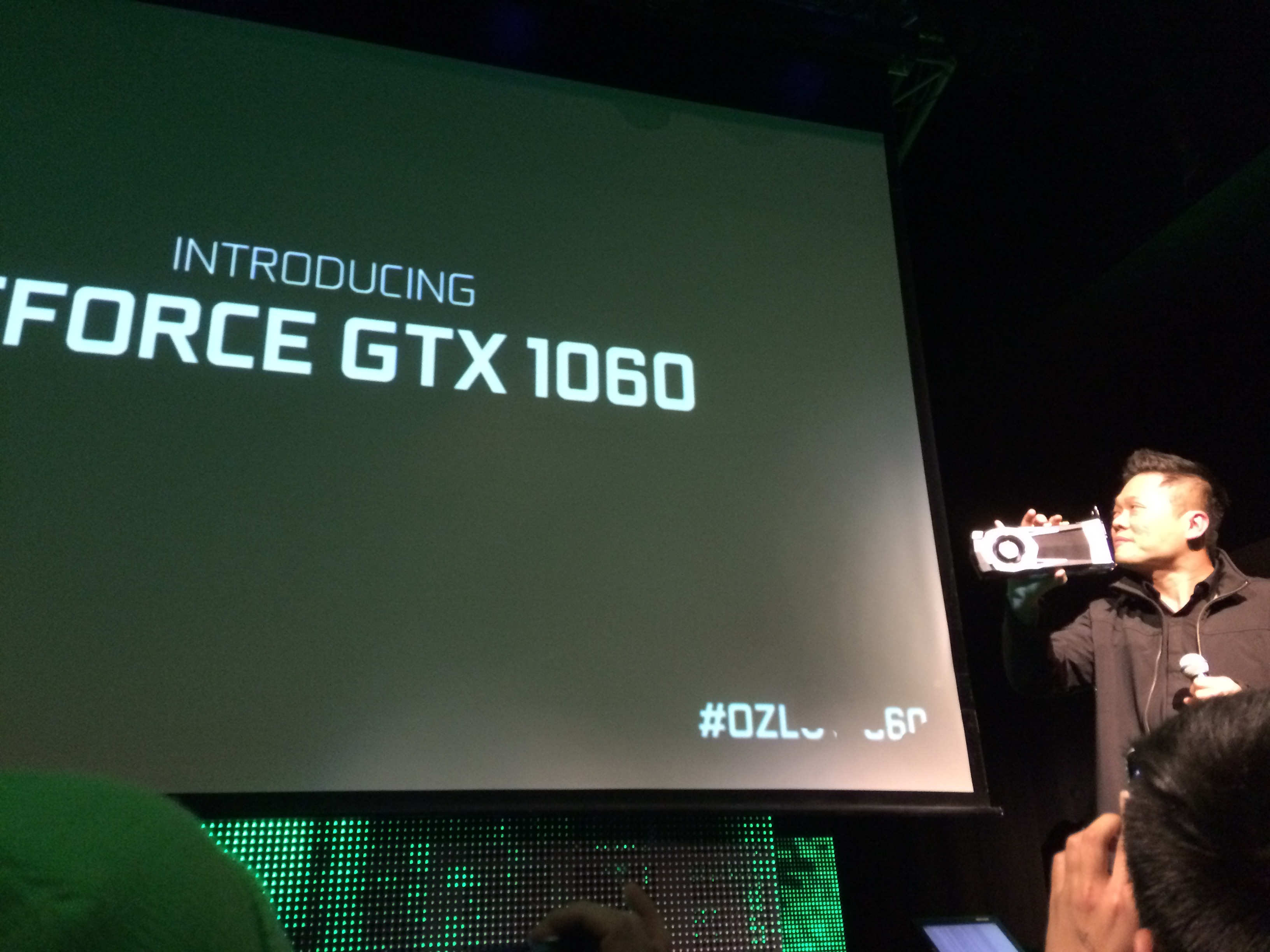 Being one of the lucky few in attendance at Nvidia’s Pascal Launch event at Crown, Melbourne on the 7th July 2016, we knew something was up when at the end of the night, a special “suprise announcement” led Nvidia staff reaching into a bag on the floor behind the mic stand.

EDIT: IF YOU HAVE ISSUES WATCHING THE VIDEO IN YOUR BROWSER, CLICK THE WATCH ON YOUTUBE LINK ON THE BOTTOM RIGHT OF THE VIDEO.

Launching July 19th in Australia and starting from $429, the Pascal based 1060 GPU offers all of Pascals flagship features, including VR support, Simultaneous-Multi Projection, as well as support for the new Ansel advanced screenshot/VR features. 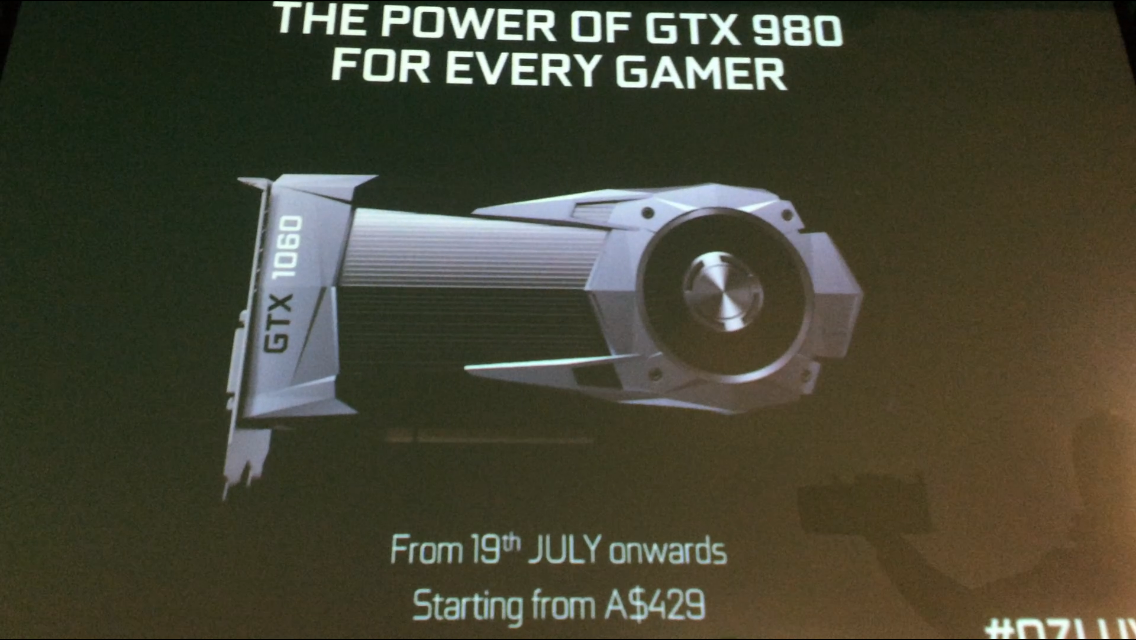 Sporting 1280 CUDA cores, a 1.7Ghz Boost Clock, 6GB GDDR5 and running at a miniscule 120W power requirement, this card is a game changer that is basically designed to compete with AMD’s similarly priced offering, the RX 480.  In terms of performance, at least on paper for now, it seems like the 1060 offering is going to blow the RX 480 out of the water, whos performance is more closely competitive to the GTX960/970 series. 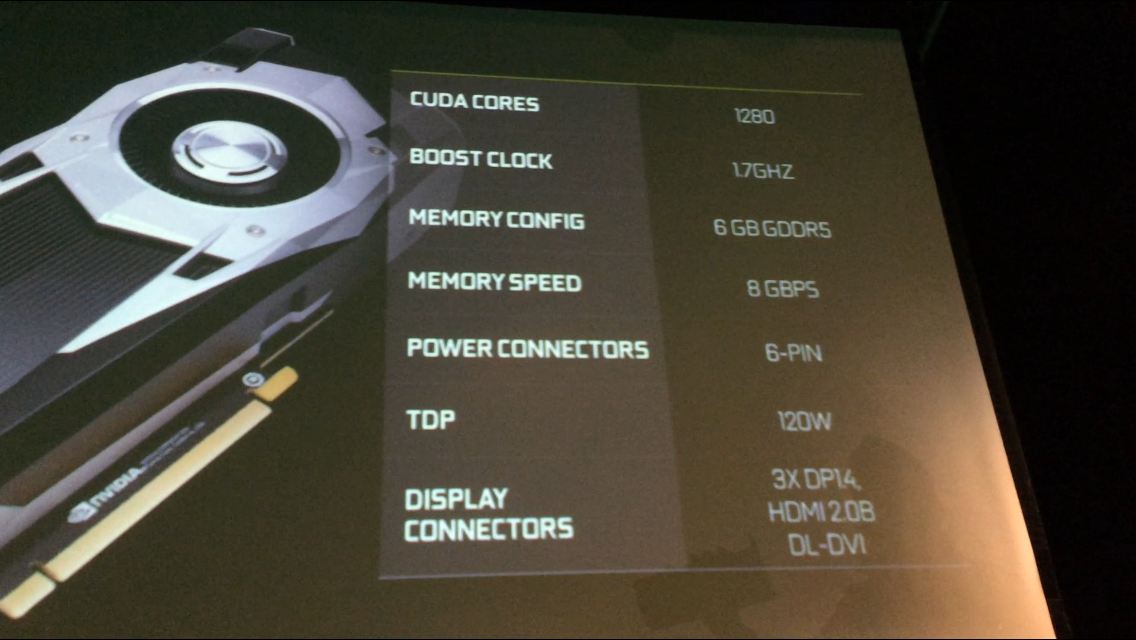