Bear With Me is a small yet surprisingly immersive point and click noir adventure game with a hint of horror and comedy.

We begin our adventure with Amber, a seemingly brilliant 10-year-old who is forced to seek assistance from an old partner, a washed up yet world-class detective, Ted E. Bear, in her search of her brother Flint, who has mysteriously vanished into the night due to the looming presence known only as the ‘RED MAN’.  Despite its childlike visuals, Bear With Me is a gripping point and click adventure which frequently breaks the fourth wall, providing for some perfectly timed comedic relief. 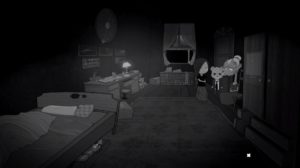 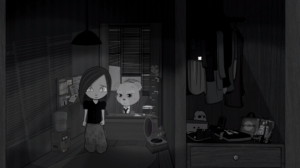 Wandering through Amber’s house, you will discover you are able to interact with almost every object or character,  often garnering different and interesting reactions from the main protagonists.  I would recommend clicking on everything in sight, as it may be required down the track or in order to satisfy the extensive achievement list.  Pop culture references are another great addition to this game; one of the best by far being Amber’s friend, Jason, who wants to borrow her field hockey mask; “What’s the worst that can happen?”

Room by room you must make your way through an array of puzzles till you make it to Paper City, where the clues lead you to your lost brothers possible whereabouts.  The opening score is a fantastic blend of creepy and playful mix that sets you up for a great gaming experience.

As much as I enjoyed the game, Episode 1 was not a very lengthy play, hovering around the hour mark (depending on how many times you click on an item) making it almost a teaser to introduce characters and plot points.  Ending just after entering Paper City made me thankful I was playing both episodes back to back. 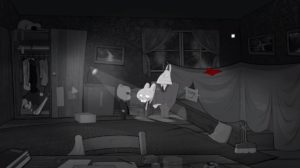 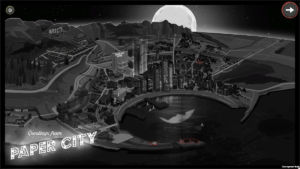 Diving right back into the thick of things, we regain controls of Amber and Ted E. Bear in Shell’s Bay Dinner with a whole new set of puzzles to complete.  I quickly discovered that the decisions made in Episode One have impacted the dialogue spoken by the NPC’s.  This episode also gives you a more in-depth look on our protagonists pasts and how they are connected to the world around them, giving you a true indication of scale.

The new map feature also allows you to visually see the additional work that has been added, further immersing you within it’s virtual world.  Introduction to new characters has also added to the overall immersion, from an insane guy wearing a bat-like cowl and straight jacket to the King of the sea….ahhh Casino, I found my adventure defiantly took another positive step forward.  The increasing level of interaction with meaningless background items, did in no way diminish my experience as I was looking forward to what cleaver response I was given. 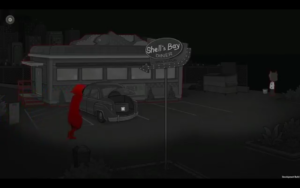 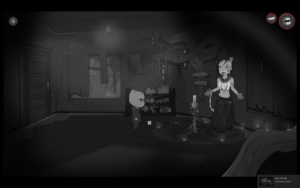 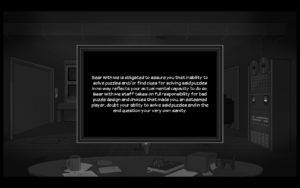 As much fun as I had I did run into a few issues that must be shared.  From beginning to end I was unable to adjust the in-game brightness or contrast leading to essential items to the story’s progression being missed.  Two major issues I experienced occurred after I entered the casino; without spoilers, I was unable to combine certain items together to create the item required to complete a section; furthermore, after saving and switching off the game, resuming play proved to be quite challenging due to repeating black screen freezes. (Update: The team posted that they were having some issue and both seem to now be resolved).

With its blend of random quick screen changes and nicely timed comedy, Bear With Me is ramping up to be a great series.  We all wait with anticipation for a third installment.