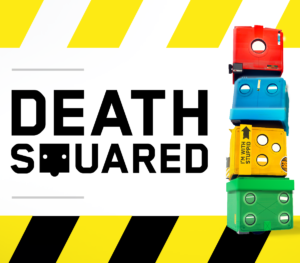 The Indie scene is running full steam ahead at the moment, with the couch co-op genre finally getting the love and attention it deserves. Some new friendships will be forged, whilst others will be trialed; some will blossom, and others will burn in a magnificent ball of fire.

Death Squared is a co-operative puzzle game where the players, or cubeoids, must navigate through a series of puzzles. Every move a player makes can have dire consequences; from blocks that move in sync with the player running the risk of knocking their partner off an edge, to floor buttons that trigger elevators, spikes, and much more. The key to navigating these deadly puzzles is co-operation & communication. Something my co-op partner and I failed at spectacularly, at least in the beginning. 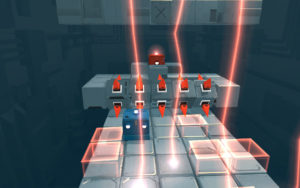 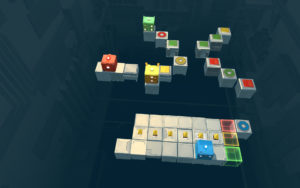 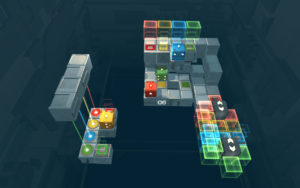 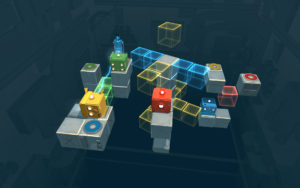 Showcased at PAX AUS in 2015 and 2016, the game was an obvious hit, with crowds of onlookers crowding around a small booth to try out the game. The game, as showcased over those two years hasn’t change much from a gameplay perspective, but in saying that the game has received an obvious amount of polish, in addition to a four player mode.

Puzzles come in all shapes and sizes; being a three-dimensional puzzler, puzzles make full use of horizontal and vertical axis. Whilst the player cant jump, they can make full use of elevators and some quick thinking to ascend and descend the vertical portions of a puzzle. To reach the end of each level, the players must make their way to their own colour specific checkpoints, navigating through mazes filled with various death hazards, from lasers, to spikes, to the endless void that swallows you hole when you fall off the sides. Certain blocks only affect certain players, whilst other blocks are tied to specific players movements creating either an obstacle for the other player, or a shield to protect them.

Then there’s David. David, who narrates the game, is an employee for a company called Omnicorp, who has been tasked with observing intelligent AI systems (you and your co-op buddy) and their effectiveness at navigating these puzzles in Story mode. Not alone, he is joined by another AI, Iris, who is destined to make your job even more painful, by flipping your controls, making multiple copies of your player, as well as many other shenanigans. The duo will often comment on your performance and are keen to keep tabs on your number of deaths, betrayal, and clumsiness throughout your time on the testing grounds. 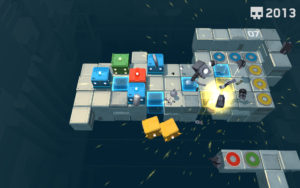 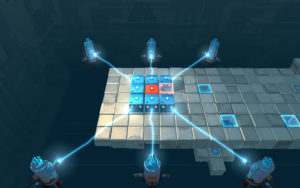 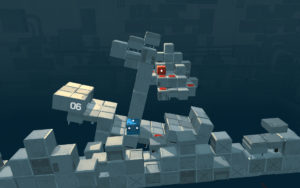 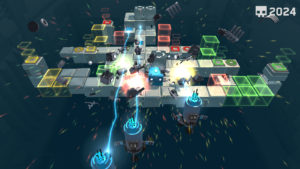 A four player mode is also present with similarly designed puzzles, though fine tuned for four players, adding additional layers of complexity. A lack of online play modes meant we didn’t get an opportunity to complete the 4 Player level set. In our everyday life styles, gathering four friends in the same place to focus on a single game for several hours can be challenging, which is a shame, as a game like this could highly benefit from online play considering the lack of a need for twitch reactions.

A fantastic way to kill several hours, the game can be frustrating as hell, but so satisfying when you finally reach each goal.

Update:  A bit of an after thought on my part, but some credit needs to be given to the Menu UI designers; sleek, elegant and straight to the point. Fantastic.