Ever fancied playing a cutesy action-adventure game whilst pretending to be a crab?  No? WELL, NOW YOU CAN! …well, kind of…

Releasing 31st October 2019 to co-incide with the halloween 2019 holiday, Luigi’s Mansion 3 sees you once again, taking the role of Luigi, as well as his seemingly-invincible liquid form, Guigi.

The game has a simple yet charming look about it, which serves Nintendo’s hybrid console well, maintaining a seemingly solid framerate throughout the ten-minute demo playable at PAX AUS 2019.  For the most part the controls are fairly simple; dedicated buttons allow you to use your flashlight, move around, suck, blow, summon Guigi, fire a plunger, and interact with the world. 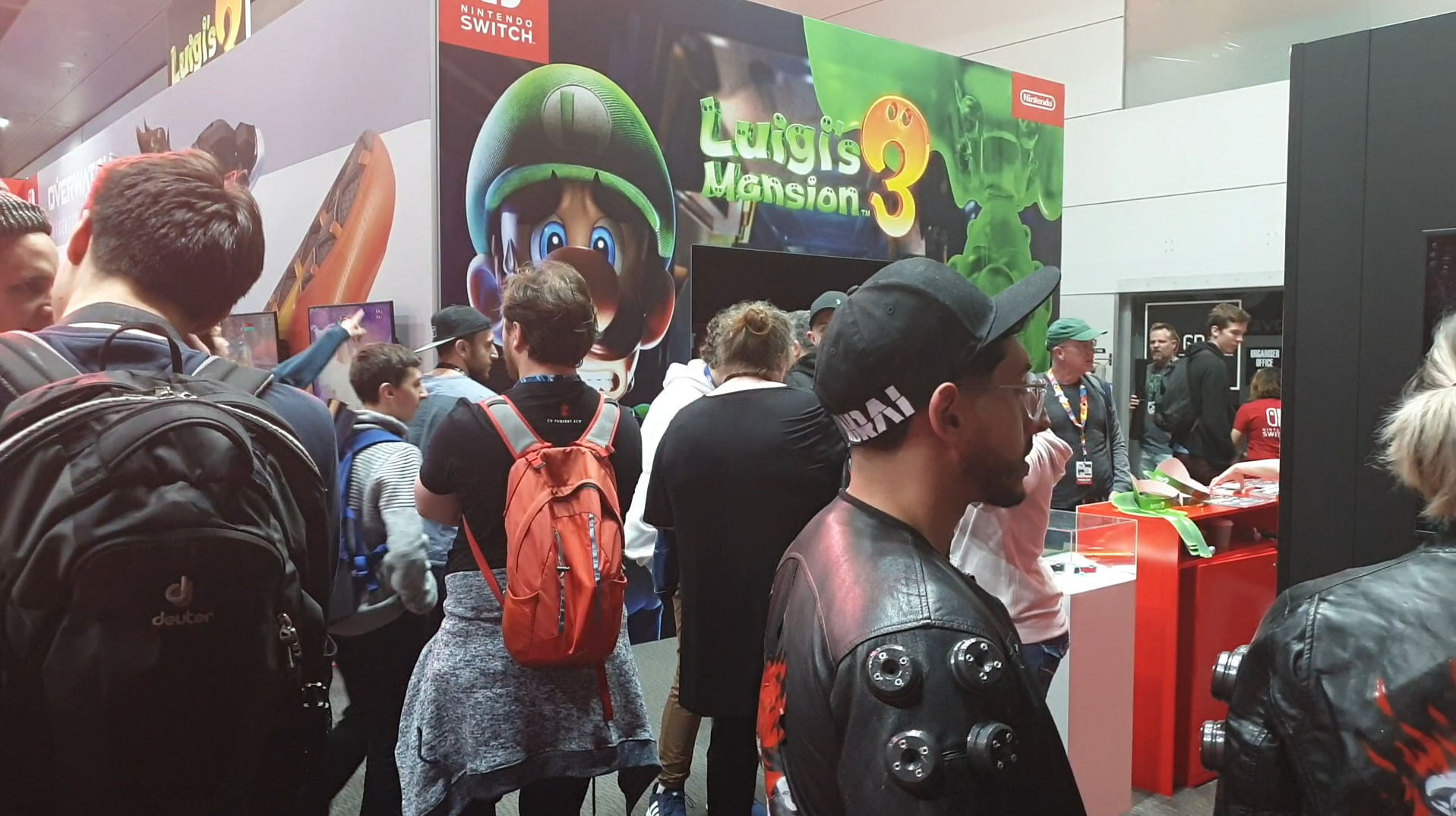 On the subject of controls however, the most bizarre part appears to be the way the flashlight controls work;  in order to hold out the flashlight, you have to hold down the A button, at which mario will point the flashlight in the direction you are facing; if you need to rotate it – which is just about EVERY time, you’re right hand essentially needs to transform into a crab claw, in order to perform the finger acrobatics necessary to hold down the A button with your index finger, whilst rotating the right analogue stick with your thumb.

By the end of the ten-minute session, my fingers already felt cramped up, a side effect felt by everyone I spoke to who tried the demo.  It certainly feels as though an enemy lock button or strafing mechanism would have done the game MANY favours. 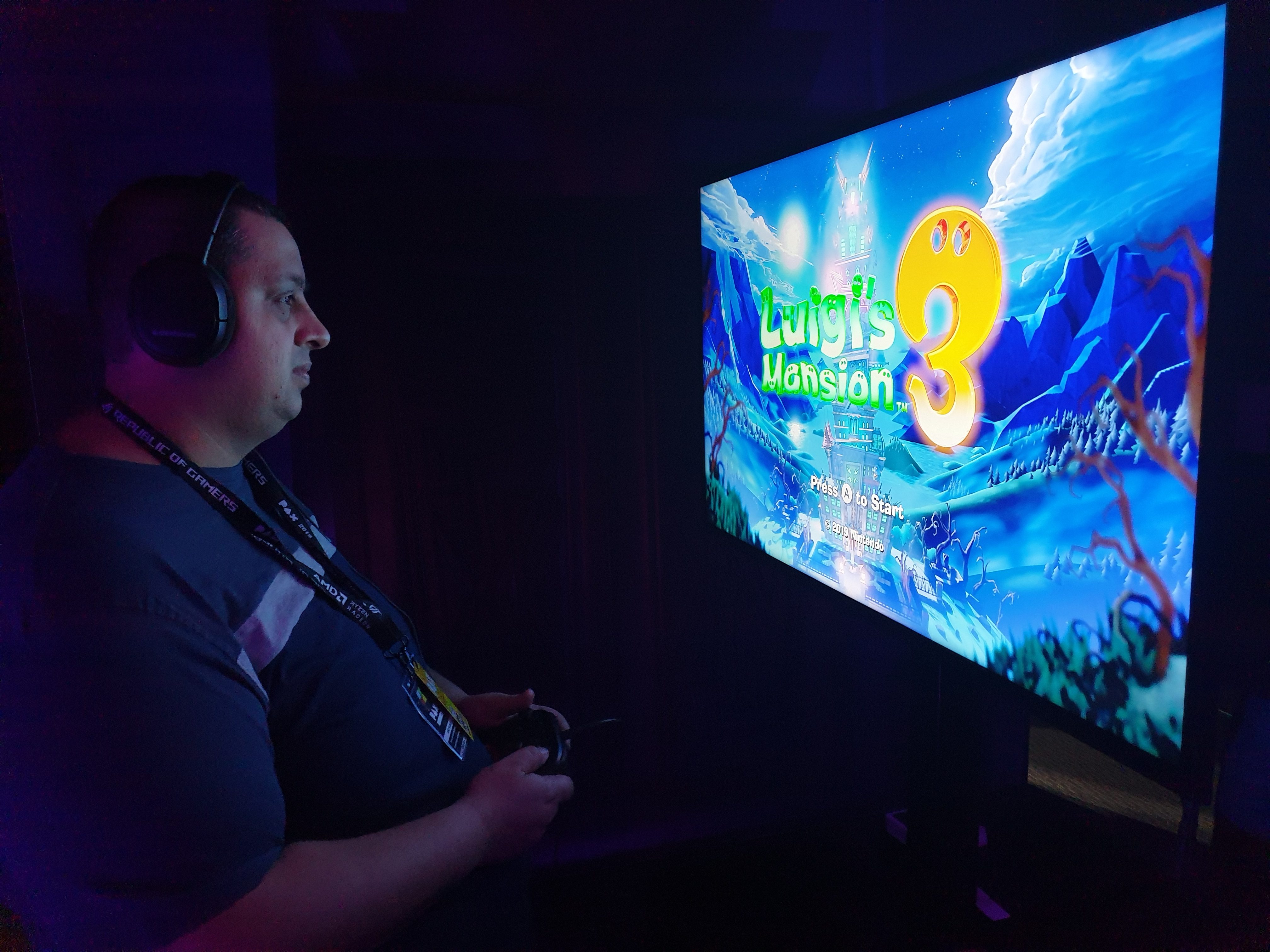 The beginning of the demo takes you through a simple tutorial of the control scheme, and then leads you through several chambers in the mansion with some simple puzzles; defeat the ghosts, defeat the shielded ghosts, maneuver a contraption using the ghostbusters style ghost vacuum, or summon Guigi to get to areas that would otherwise turn Luigi into a permanent resident of the haunted mansion.

The culmination of the PAX demo ends with a fairly straight forward boss fight, who essentially repeats a very simple attack pattern; run a couple of laps around the area whilst arrows fly at you then stop; shine a flashlight, stun him, shoot a plunger, then slam him. Repeat.  Simple? Quite, at least it would have been if aiming the flashlight wasn’t such a huge pain.

Here’s hoping that the final build has some alternate control options, as it would be a shame for such a solid looking game to be crippled by a control scheme that would have made any beta tester question its effectiveness.

No comments yet Categories: Uncategorized
← PAX AUS 2019 – NVIDIA Showcase Raytracing: The Next Stage of Evolution
PAX AUS 2019 – Sacre Bleu is the incredible love child of Metroid and Super Meatboy →