Siegecraft Commander is a clever amalgamation of Real Time Strategy & Tower Defense from Australian developers, Blowfish Studios. This amalgamation aims to bring a fresh take on strategy games but does it deliver?

At its core Siegecraft Commander is a Tower Defense game with a heavy focus on map expansion. Buildings are catapulted into position, from any selected building. Once the new building drops, a wall is built between the two buildings linking the two together. If a wall is broken, all buildings connected on that chain are immediately destroyed. Maintaining your base requires strategic placement of land and air defenses throughout the entire chain from start to finish. Weak defenses early on in the chain can be catastrophic, as even the most heavily fortified base can be turned to rubble by attacking the weakest link.

Whilst other games, like Worms: Forts have similar play styles, Siegecraft focuses on Real-Time combat rather than turn based, which keeps the action moving at a constant pace.

The multiplayer modes offer a choice between real-time or turn-based modes; the fast paced real-time gameplay mode in online battles is extremely satisfying and is where the game really shines; however finding a game proved to be very difficult due to what is essentially a lack of awareness of the games existence, outside of Australia. 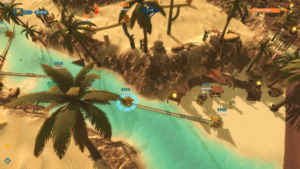 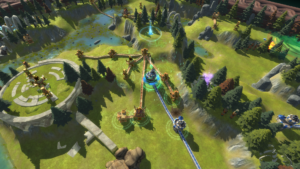 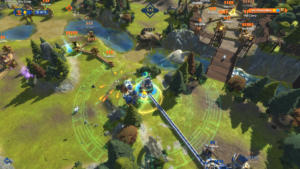 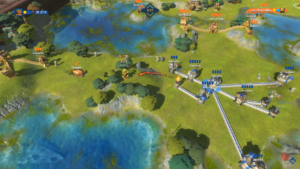 The team at Blowfish have attended and exhibited the game at PAX AU on several occasions to a very satisfied crowd, however, spreading awareness to the masses is going to be essential to the longevity of the title.

The artwork is fantastic; simplistic, cutesy character and building designs that are easily identifiable at a quick glance, and visually appealing at the same time. In saying that, the verbal exchanges at the beginning of each level are bland and boring presented in a tedious back and forth manner and could be simplified immensely. 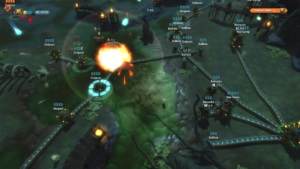 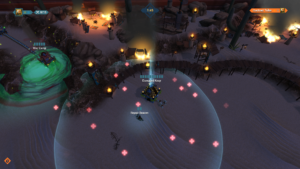 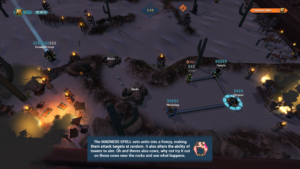 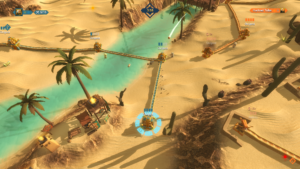 Siegecraft Commander can be fun, challenging and exciting; Whilst the singleplayer campaign does not offer much in the way of replay-ability, if you can get some friends together, the pace picks up and results in some brief but fun match-ups. I personally found the turn-based modes to be a little underwhelming, resulting in matches that can literally drag on for hours.