After a legendary delay of almost 7 years from its original release date, Syberia 3 created a sense of uncertainty amongst its fan base, with many wondering wether the long-awaited entry would ever see light of day. In typical Duke Nukem Forever fashion, the game is here albeit stuck in a previous decade that has long since been forgotten. An era chock-full of horrible cliches, antiquated gameplay elements and a plot with more holes than “The Sixth Sense”.

Unfortunately, the games troubles begin right at the very beginning. Having been 13 years since the last entry, a quick recap would have been the logical approach to familiarise new players with “the story so far”. The fact that the games continue an ongoing storyline, in fact makes the recap approach a necessity, not a choice. Microids however, have made the choice to pickup directly from where the last game ended. This generated a lot of confusion, trying to recall the happenings of a game that I played what felt like a lifetime ago.

Spoiler Alert: Avoid the Recap videos below if intending to play Syberia 1 & 2

The protagonist, Kate Walker, after escaping the grueling trials of Syberia, awakens to find herself adrift on a makeshift boat after being rescued by the Youkol people. The Youkol are essentially a group of nomads who have begun their seasonal migration with a bunch of snow ostriches; and seemingly only Kate, can help them through this migration to find their long lost temple and snow ostrich breeding grounds. 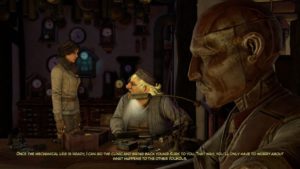 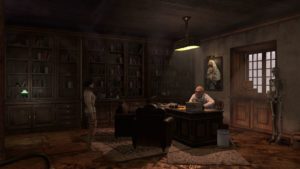 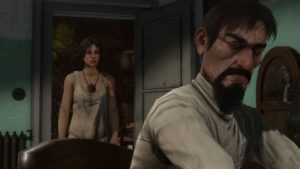 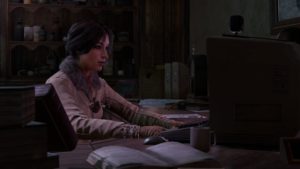 The game is filled with some rather bizarre characters, that at times, seem completely out of place. Friends and foes that seem to come straight out of a cliche book of characters. The environments, whilst not graphically astounding, feature rich, believable and atmospheric settings, that coupled with some great music and sound effects, provide a rich and immersive gameplay experience. After years in the making, the game could have possibly used a few months of bug fixing. The game is filled with graphical glitches, animation glitches, weird warping and lighting which at times deter from the overall gameplay experience. The lip syncing is abysmal, and guaranteed to haunt your dreams for weeks.

Even after all these issues, the game itself still features a rewarding albeit buggy gameplay experience, and provides some comfort to Syberia fans who have been itching for the next entry to this cult classic.

Platform we played on: Steam